VIVOBAREFOOT Breatho Trail Follow-Up Review: Back in January I offered a first look at the VIVOBAREFOOT Breatho Trail, running down the specs and offering my impressions of the shoe after all of 2 runs (long-ish runs, but still). At that time, the shoes weren’t available for purchase, but they are now – which seems like a good time to circle back for an updated review after giving them a much more thorough test of nearly 200 total miles.


However, I’m not going to be super thorough in rehashing all the information I provided the first time around – for that, I’ll refer you to my original review from January. Rather, I’ll do a rundown of the specs and put together some observations of things that really stood out in my testing.

Here are your vital specs for the Breatho Trail:

Of course, with VIVOBAREFOOT it goes without saying that the Breatho meets virtually every minimalist construction aspect that purists demand: it’s completely flat and flexible in all directions, allowing your foot to move in any way it wants to. Ground feel is surprisingly good considering the size of the lugs, especially if you take out the removable insole. 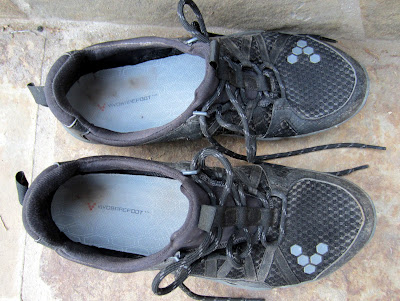 My preference is to keep the insoles in my pair, because with it removed the Breatho Trail feels a little loose and sloppy through the heel and toe box. I had this same issue with last fall’s Neo Trail as well several other minimalist shoes I’ve tested; functionally, removing the insole is like stepping up a half size in overall fit. I may consider requesting shoes a half-size smaller for reviews at some point, but for the time being I’m a pretty consistent “insole IN” kind of guy.

As the name implies, the uppers of the Breatho Trail are highly breathable and dry quite easily after immersion in water. They also appear to be quite durable as well, and very resistant to pokes and punctures while bushwhacking off trail. (Although I don’t do this terribly often; I’m also a “trail ON” kind of guy.) 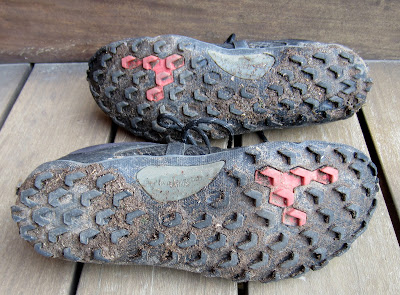 Traction of the lugged outsole is really outstanding in most trail conditions including loose dirt and sloppy mud. The only issue I’ve noticed is that the rubber compound is somewhat slippery on wet rocks, so I find myself being extra careful when hopping across streams. 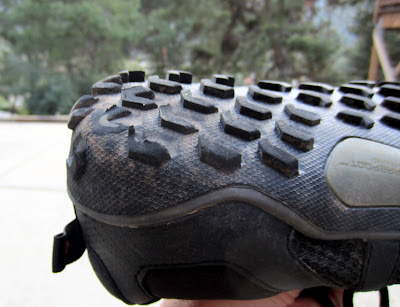 The outsole material has also worn down rather quickly in areas, as you can see here on my right heel – but to be fair, I destroy most shoes in this same area, so I don’t consider the breakdown to be a major concern in recommending them to others. (And before you ask: Yes, minimalist runners have heel impact – only it’s at the end of the footstrike instead of the beginning, and is more pronounced when running down steep hills.) 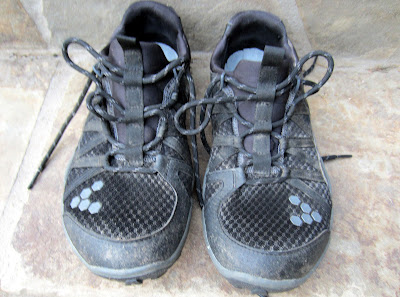 One quirk I can’t quite figure out is something I identified in my preview: that the laces don’t hold their tension during the course of a run, leading the upper to feel looser after a few miles. It’s weird, because the laces don’t actually come loose or untied – they just lose their grip on the neoprene liner on top of the midfoot. The laces also happen to be about twice as long as they need to be. If I had a magic wand - or if VIVOBAREFOOT listens to my feedback – I’d make the laces significantly shorter and use a different kind of material, perhaps something like New Balance’s “sausage link” laces to help them keep their grip.

The other point of feedback I mentioned in my earlier review is that the Breatho Trail weight is far higher than I like in a minimalist shoe. It’s nearly 50% heavier than equally rugged trail shoes from Vibram and Merrell – and when companies like New Balance are lowering the weight bar to amazing degrees (hint: Minimus Zero review coming soon!), it’s disappointing that VIVOBAREFOOT can’t get low, low, low, low like everybody else. 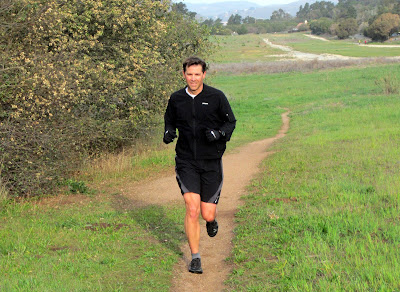 In the case of the Breatho Trail, it’s especially frustrating because in practically all other aspects, this is a fantastic shoe. Even with the weight as is, I would have no worries whatsoever about wearing these in any ultra I encounter, including distances of 100K or even 100 miles. If the shoe were a bit lighter, it would be at the head of the class in the increasingly crowded category of high-performance minimalist trail runners. As it is, the Breatho has become one of my favorite training shoes this winter.